How do you define a neighborhood?

Census tracts are small, relatively permanent subdivisions of a county that are defined by the U.S. Census Bureau in conjunction with local authorities all across the country to define real neighborhoods that are bounded to contain areas with homogeneous population characteristics (including economic status, lifestyle, and living conditions). Census tracts usually have 4,000 persons, but can range between 1,500 and 8,000 persons. This is the most fine-grained area for which detailed information is made available from the government, to protect the individual privacy of each of us.

Because census tracts are based on population, they vary in size depending on the density of settlement. In urban areas, they are small, and in rural areas they can cover an entire small town or even a few small towns in very rural areas. 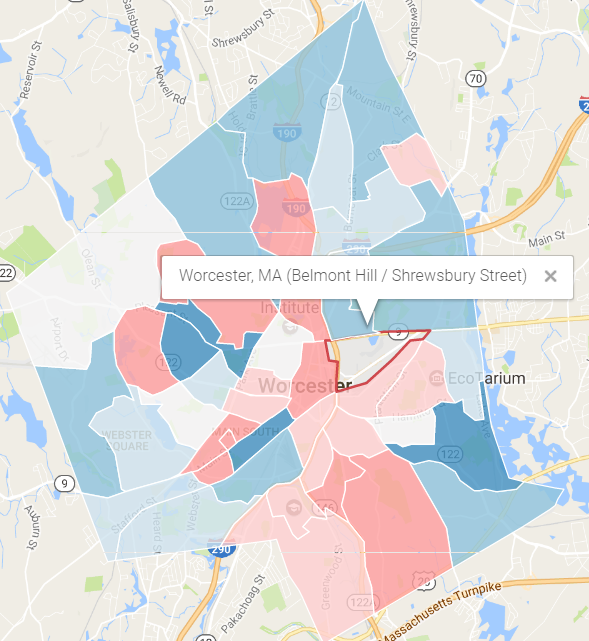