What do the colors and shapes on city and state maps signify?

Every thematic map on NeighborhoodScout illuminates differences within a geographic area for one of five themes:

It's important to note that the lighter shades do not necessarily mean high crime; the area may actually be very safe. They are merely being compared against the crime ratings of the other polygons within that city or state. Click into a polygon to explore the crime stats for any location on the map. 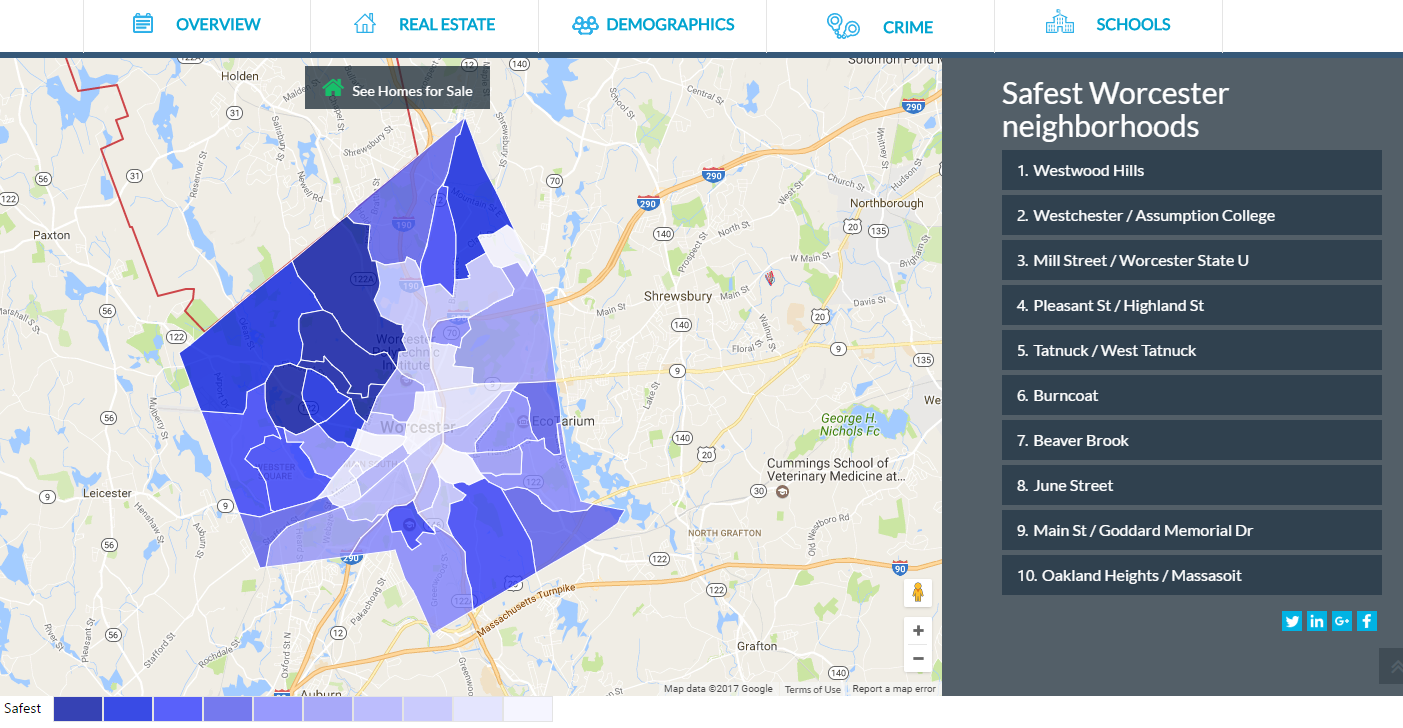